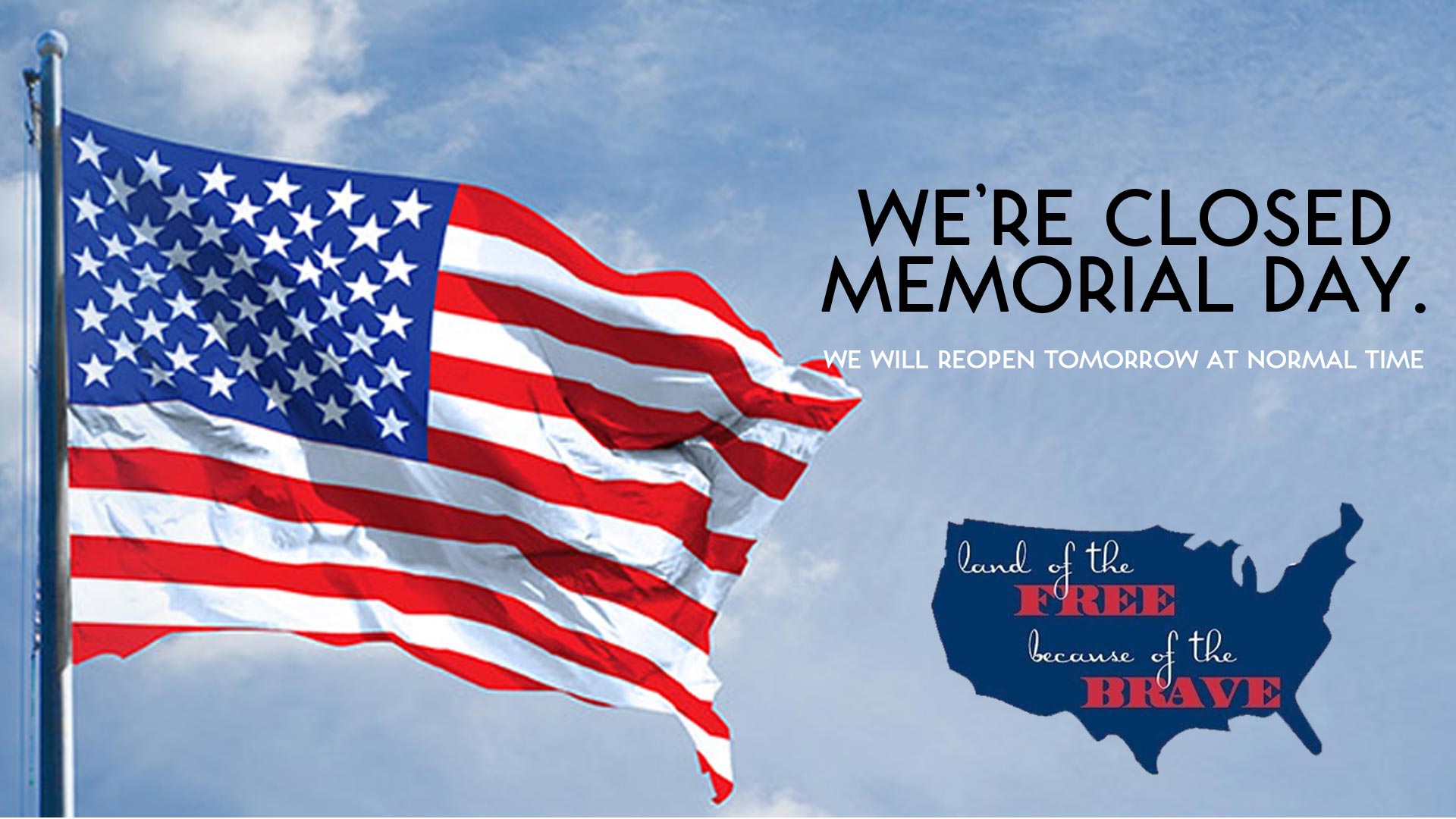 Cooper’s Is Closed in observance of Memorial Day.

Regardless of the exact date or location of its origins, one thing is clear – Memorial Day was borne out of the Civil War and a desire to honor our dead. It was officially proclaimed on 5 May 1868 by General John Logan, national commander of the Grand Army of the Republic, in his General Order No. 11. “The 30th of May, 1868, is designated for the purpose of strewing with flowers, or otherwise decorating the graves of comrades who died in defense of their country during the late rebellion, and whose bodies now lie in almost every city, village and hamlet churchyard in the land,” he proclaimed. The date of Decoration Day, as he called it, was chosen because it wasn’t the anniversary of any particular battle.

On the first Decoration Day, General James Garfield made a speech at Arlington National Cemetery, and 5,000 participants decorated the graves of the 20,000 Union and Confederate soldiers buried there.

It is now observed in almost every state on the last Monday in May with Congressional passage of the National Holiday Act of 1971 (P.L. 90 – 363). This helped ensure a three day weekend for Federal holidays, though several southern states have an additional separate day for honoring the Confederate war dead: January 19th in Texas; April 26th in Alabama, Florida, Georgia, and Mississippi; May 10th in South Carolina; and June 3rd (Jefferson Davis’ birthday) in Louisiana and Tennessee.